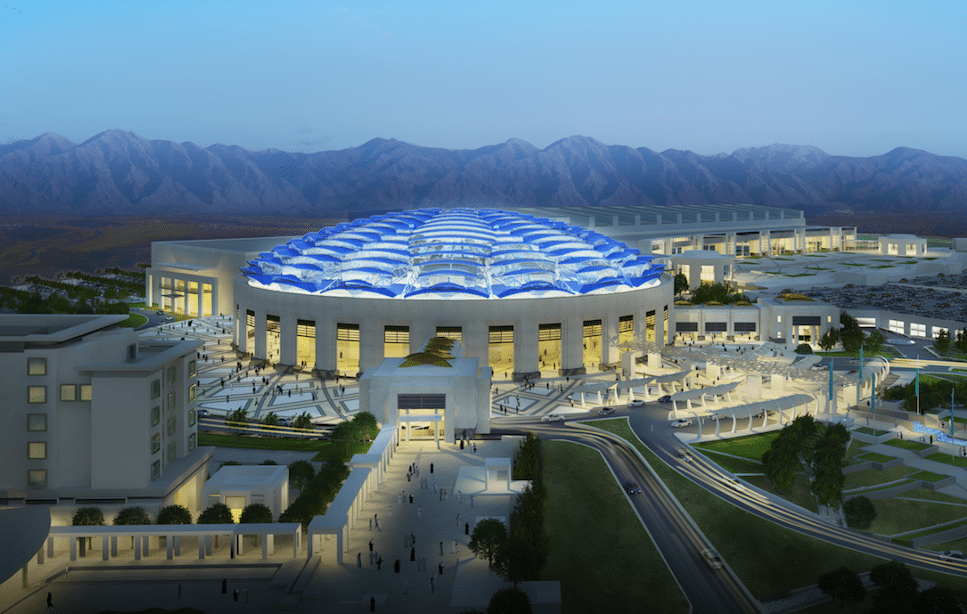 During his recent visit to Dubai, Charles Rickard had attended a number of meetings for current and future projects. Al Turki Enterprises of Muscat, Oman contracted Rickard Engineering to design the “GRC blue petal roof” for the new Oman Convention & Exhibition Centre in Muscat. Charles Rickard visited Oman in May 2016.

Concept designs were prepared in June with formal approval by the client in September 2016. Fine-tuning of the design by the client has now been completed and manufacture will commence next month. The GRC panels are fully tiled and supported on a structural steel frame which has involved the coordination of intricate detailing that can withstand all loading including that due to earthquakes (see enclosed architectural impression of the finished building.)