Part of the large-scale infrastructure works of the Liberal government 2014 is to move the Holsworthy Army Barracks to Moorebank to facilitate a new railroad interchange facility on the old site.

The proposed establishment of the Intermodal Terminal at Moorebank meant that the long-established army base at Holsworthy had to move. In consequence, any memorial monuments had to be carefully relocated. One was the Royal Australian Engineers monument, a mass concrete obelisk, 10m high.

The worry was that we had no idea if there was any reinforcement in the 12m x 0.6m rectangular obelisk. Rickard Engineering engineered a system whereby the tower was cut from its existing base, carefully loaded onto a low loader and then subsequently re-erected on its new base on the new site down the road. 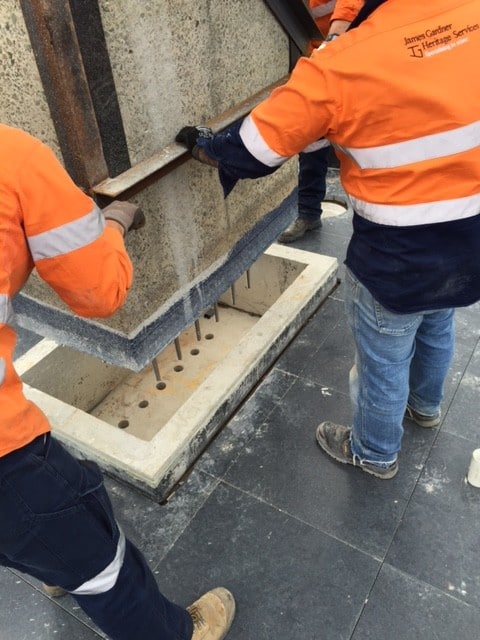 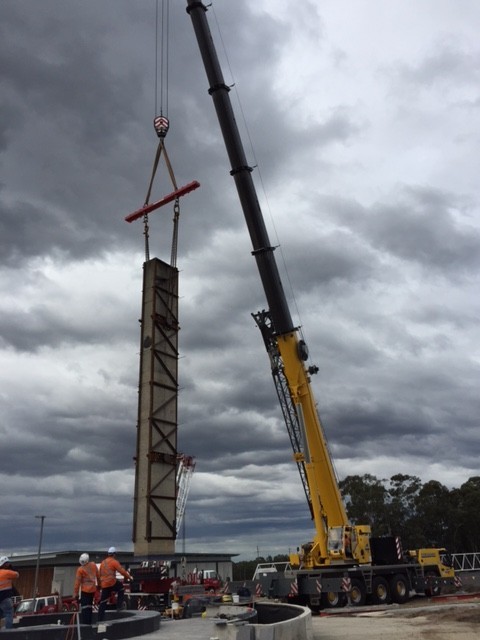 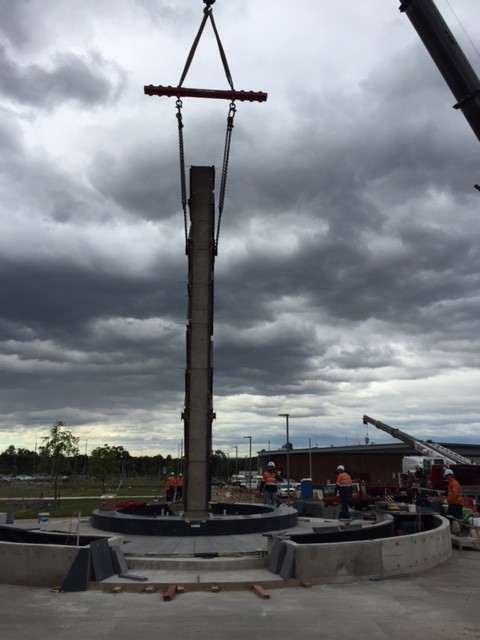 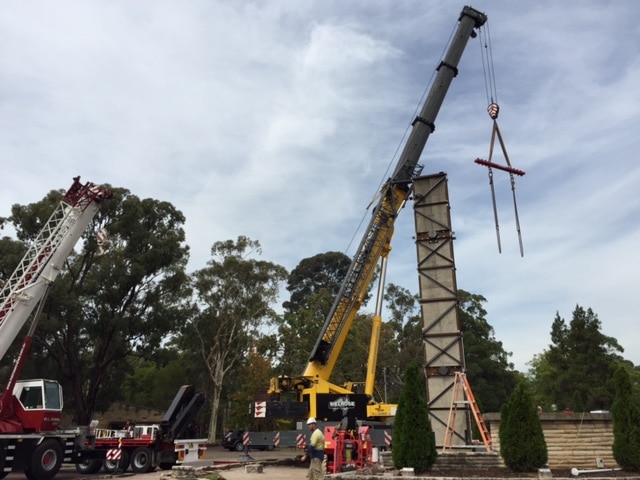 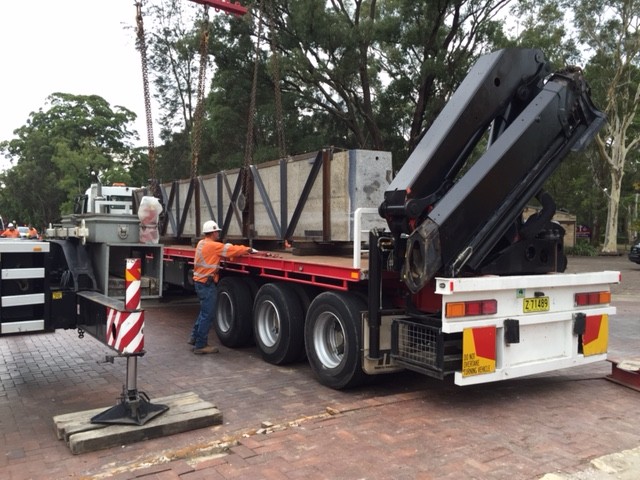 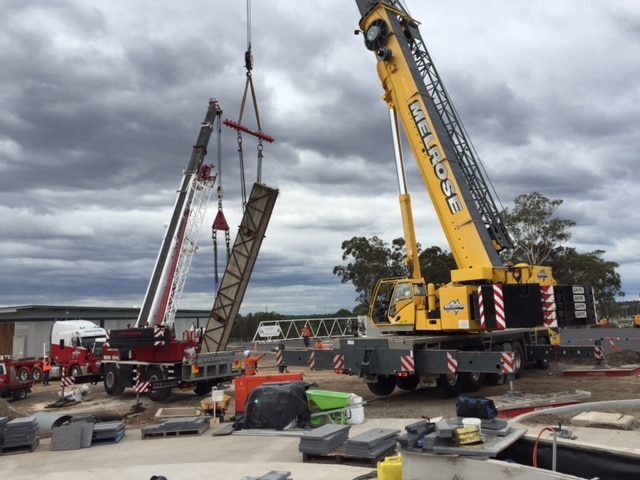 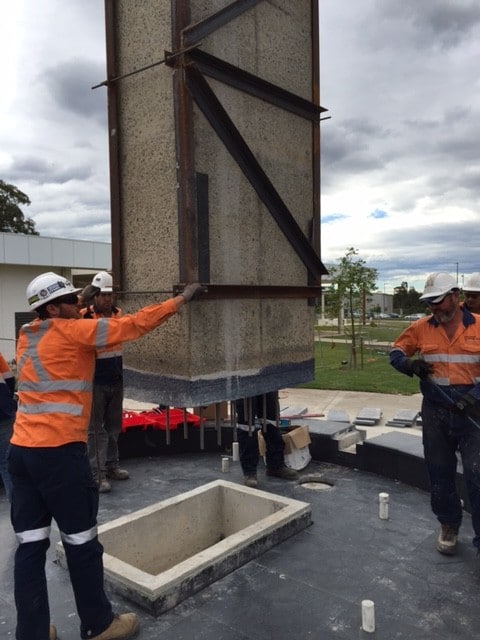 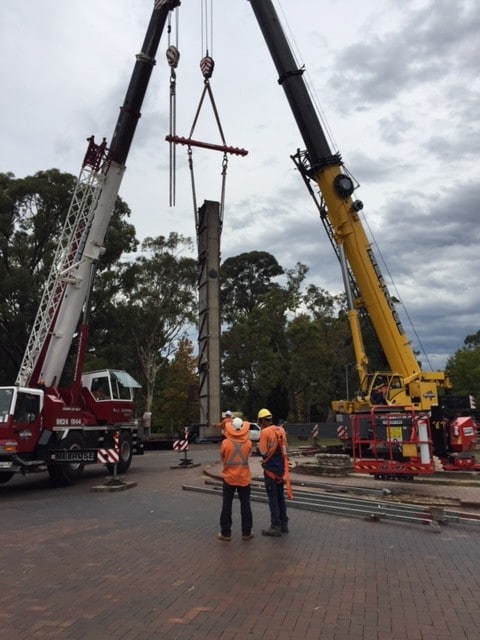