Artist Callum Morton individually covered all the major monuments in Melbourne with a sheet and then created a computer 3D model of the resulting shape. A contract was awarded to GRC Environments to build and install the monuments, designed by Rickard Engineering. The park was opened in 2014. 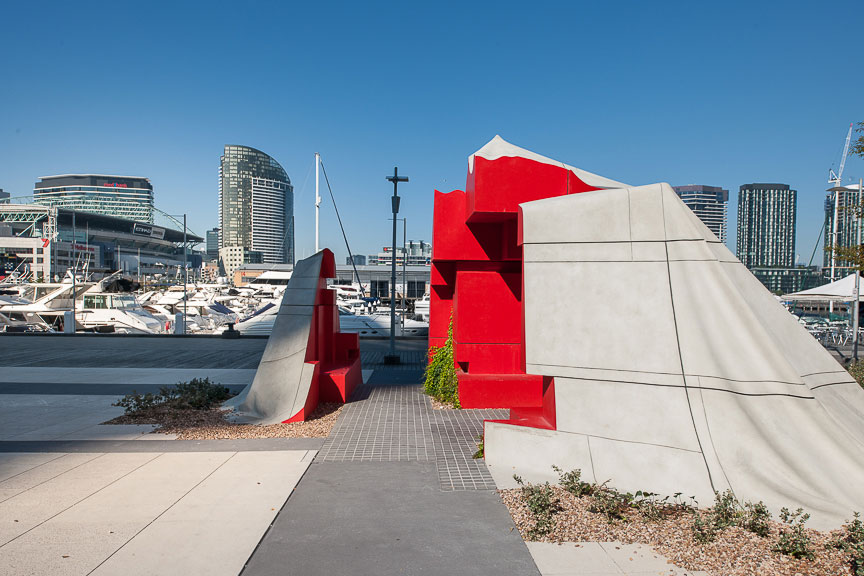 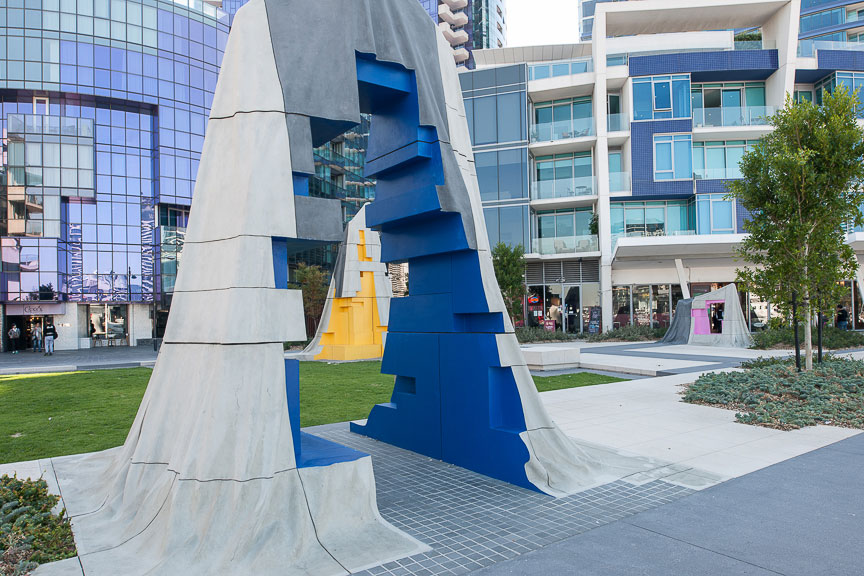 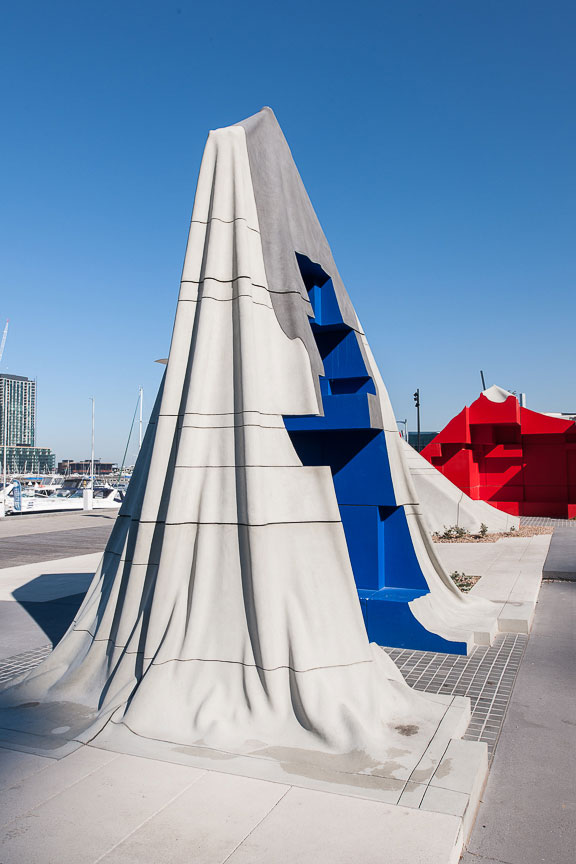 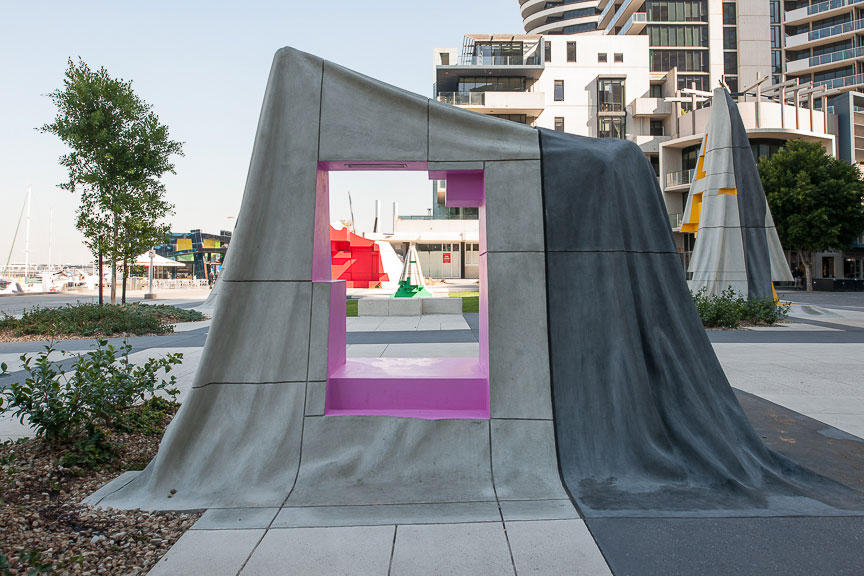 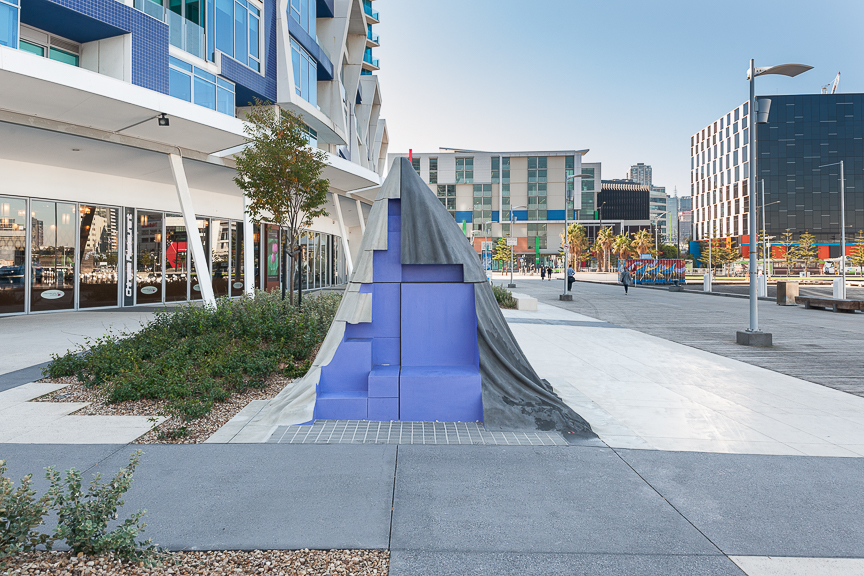